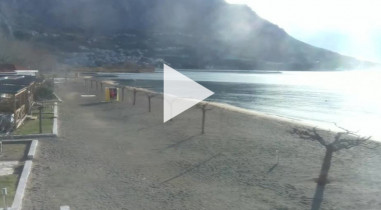 A view of the webcam to the beach and the beautiful surrounding countryside in Omiš in Croatia.

Zoom out to see other webcams around this camera. Omiš - beach.

Webcam Omiš - beach on the map