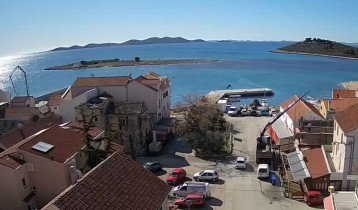 Watch the webcam Web Pakoštane online. Check out the current weather in the Croatian town of Pakostane. Panoramic webcam view of the seaside resort of Pakostane in Croatia.

Zoom out to see other webcams around this camera. Pakoštane.

Webcam Pakoštane on the map