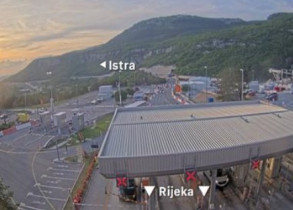 Look at with a webcam online on the city Vranja and the surrounding area.

The webcam monitors the current traffic conditions at the Učka tunnel in Croatia.

Zoom out to see other webcams around this camera. Tunnel Učka.

Webcam Tunnel Učka on the map