Karlova Studánka is a modern and at the same time ancient spa village located in the Bruntál district with less than 200 inhabitants. It is located in the picturesque valley of the mountain river Bílá Opava and the Jesenice mountains, protected from westerly winds by Praděd himself. This mountain spa boasts the cleanest air in Central Europe. The spa consists of timbered buildings influenced by the Empire, in parks and on the slopes of wooded slopes you will find spa guesthouses and pavilions, a geological exposition of rocks from the Jeseníky Mountains, an artificial waterfall, cafes and picnic restaurants. Many visitors are attracted not only by the picturesque environment, reminiscent of an open-air museum, but also by a swimming pool with warm salt water and a rich offer of recreational and relaxation programs. Karlova Studánka as a spa was founded in 1785 by the youngest son of Maria Theresa, Maximilian II. František. The name of Karlova Studánka was not acquired until 1803 after the Habsburg warlord Karel Ludvík, who defeated Napoleon in the Battle of Aspern in 1809. For example, The New York Times included Karlova Studánka and Jeseníky in the list of the most interesting places in the world for tourists in 2013.
Probably the most frequent excursion destination of spa guests is Praděd, the highest mountain in the Jeseníky and Moravia, Czech Silesia and Upper Silesia in general. You can go to Praděd either on foot or by shuttle bus to Ovčárna and then on foot to the top of Praděd 3.5 km along the asphalt road. The footpath leads from Karlova Studánka and ends below Ovčárna, from where it crosses the Barborka mountain hut to Praděd. It is probably the most beautiful route leading through the real Jesenice wilderness up stairs, ladders and bridges through the Bílá Opava valley. Another tip for a trip is Rolandův kámen, a 50-meter gneiss rock with a view of Hrubý Jeseník and Praděd. It is definitely worth going to this beautiful rocky lookout. In winter, there is a large number of maintained trails for cross-country skiers or you can head to the nearby ski area.
Are you planning to go to Karl Studánka? Take a look at webcams from the area with us. Do not rely only on the weather forecast, check with us the current status on the spot. Watch the current footage from the cameras and you will immediately know what the weather is like.
Watch the webcams and nothing will surprise you. Do you know about another camera from Karl Studánka? Let us know. Add its to us by clicking on the link - add a webcam. To return to webcams from other municipalities and cities, select the Czech Republic link in the top menu. 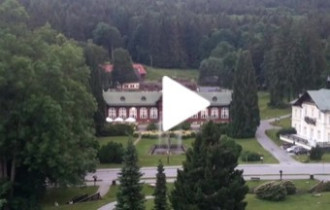 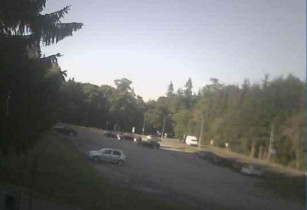 Watch the webcam online for the current weather conditions in Karlova Studánka. Camera view of the parking lot at the pension and restaurant Na Hvězdě pod Pradědem. The spa village of Karlova Studánka lies on the eastern side of Praděd in the… 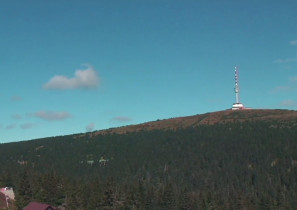 Look at actual weather in Hradec nad Moravicí and in the surrounding area of webcam ONLINE. Webcam from the ski area with a view of Praděd in Jeseníky.

Map with webcams in Moravian-Silesian Region - Czech Republic. On the map you will find online cameras with information such as weather, traffic, individual views of cities and landscape ...