You are planning a holiday, a trip or a business trip in the next days and you are not sure what the weather will be like? Check out the weather forecast at www.yr.no - Croatia - Lopar and you will immediately know if to wait a few more days. :-)

Do you know of any other cameras from city Lopar or its surroundings? Let us know. Add camera to us by clicking on the link - add a webcam. To return to the webcams from other municipalities and cities, select the Croatia link in the top menu. 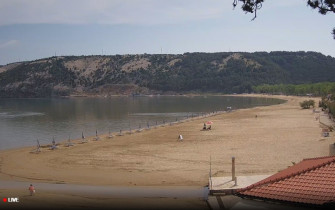 Look at with a webcam online on the city Lopar and the surrounding area. Webcam preview for Paradise Beach in Lopar on Rab Island.

Map showing webcams from the island of Rab in the northern Adriatic. Rab has a very suitable Mediterranean climate with mild winters and acceptable summer temperatures.