One of the most romantic cities in Dalmatia - Primosten - boasts beautiful sights, charming winding streets, landscaped beaches and a modern offer of accommodation and services, as well as many opportunities for sports activities and entertainment. Primosten is located between the bays Luka Primosten and Raduca. In the past, Primosten was an island, which was reached by bridge, but today this island is connected to the mainland and forms one of the most beautiful and places on the Adriatic and together with neighboring Rogoznica is one of the most popular tourist destinations in Dalmatia.
The historic city center is situated on a hill and stands out with numerous small streets that lead to the church of St. George from the 15th century, in the immediate vicinity of which is a romantic city cemetery. In the church you can see a rare icon of the Virgin Mary with St. George and St. Luke. From this elevated place in Primosten you will have a beautiful view of the open sea and the surrounding area. The Raduča Peninsula serves exclusively as a tourist resort with plenty of accommodation. There are newer hotels south of Primosten, you can also stay in private apartments or north of Primosten you can use three campsites.
Primošten is also surrounded by vineyards, from which the famous red wine Babić comes. As a tip for a boat trip, we recommend a visit to the island of Zlarin, where you can admire the coral reefs or a trip to the island's Kornati National Park. The nearby towns of Trogir and Šibenik are definitely worth a visit. Primosten also boasts one of the largest disco clubs in Croatia, about 1 km from the city, the club "Aurora".
The Day of the village of Primosten is celebrated in Primošten on the feast of the Virgin Mary of Loreto. The celebration is accompanied by a traditional procession that passes through the streets of the old town. Another folk festival is held in honor of the Virgin Mary, always on July 28. Dozens of ships and boats on the water also take part in the ceremonial procession.
Are you planning to go to Primosten? Check out webcams from Primosten and the surrounding area with us. Do not rely only on the weather forecast, check with us the current status on the spot. Watch the current footage from the cameras and you will immediately know what the weather is like. On the map, you will find webcams from the village of Primosten and the surrounding area.
Watch the webcams and nothing will surprise you. Do you know about another camera from Primosten? Let us know. Add her to us by clicking on the link - add a webcam. 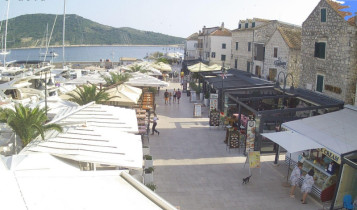 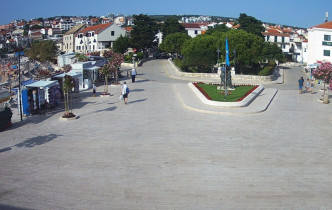 Look at with a webcam online on the city Primošten and the surrounding area. Watch the weather in Chovitsky Resort Primosten. View of the camera in the village of Primosten. Primosten is located on two peninsulas between the bays Luka… 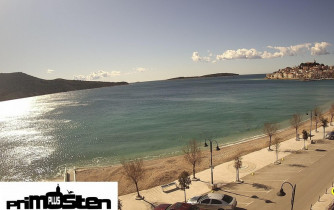 Watch the seaside town of Primošten and its surroundings with the ONLINE webcam. Check out the current weather in the Croatian town of Primosten. Webcam view of Nova Riva beach in Primosten, Croatia. Primosten is located on two peninsulas between…

Watch the city of Primosten and its surroundings with the webcam ONLINE. Check out the current weather in the Croatian town of Primosten. Webcam preview of Mala Raduča beach in Primosten, Croatia. Primosten is located on two peninsulas between the… 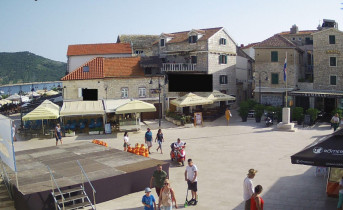 Watch the seaside town of Primošten and its surroundings with the ONLINE webcam. Check out the current weather in the Croatian town of Primosten. View of a webcam on Rudina Square in Primosten. Croatia. Primosten is located on two peninsulas…