Prague is the capital city of the Czech republic. The river Vltava flows through it in the length of 30 km. Thanks to the large number of preserved monuments, Prague is also called "Hundred-Towered Prague". Prague is the heart of Europe and, thanks to its sights, is one of the most beautiful cities in the world. The historical core of Prague is the Old Town, New Town, Lesser Town and Hradčany. Since 1992, the historical center of Prague has been inscribed on the UNESCO World Heritage List. There are so many monuments in Prague that it is not even possible to name them all. So at least some of them.
Probably the most famous and most visited monument is Prague Castle. It is dominated by the Cathedral of St. It welcomes you, but in addition to it, there are a number of other important buildings. Not far from Prague Castle, it is possible to walk around Prague's most famous alley - the Golden Lane. Right opposite Prague Castle is the large Hradčany Square.
The Old Town Square is the heart of the historic city. It is a square with Baroque buildings, Gothic churches (Týn Church, St. Nicholas Church) and especially the Old Town Hall with the Astronomical Clock. The Old Town Astronomical Clock is one of the most popular tourist stops. It is the rarest and most famous Prague monument by master Hanuš, which is a masterpiece of Gothic science in our country. The astronomical clock strikes every hour accompanied by the moving figures of the apostles. The Old Town Square is one of the most beautiful squares in the world.
The famous Charles Bridge, completed in 1402, is another well-known tourist attraction and a famous monument of Prague. It is the oldest bridge in Prague and almost no one who visits Prague will miss it. The bridge is fortified with the Lesser Town and Old Town towers. It is lined with 30 statues and sculptural groups of saints and today is intended only for pedestrians.
The National Museum is the largest museum in the Czech Republic and its monumental Neo-Renaissance building stands on top of Wenceslas Square.
The National Theater is one of the most important buildings in the Czech Republic, it was built thanks to a collection among people. It is a building in the Neo-Renaissance style. It is visited not only by domestic spectators, but mainly due to its location by foreign tourists.
The Rudolfinum is a beautiful Neo-Renaissance building where the most important Prague classical music concerts take place.
An important Marian pilgrimage site is Loreta at the western end of the historic center of Prague.
The Powder Gate was part of the fortifications of the Old Town of Prague and served as a gunpowder depot. Now it serves as a great view of the center of Prague.
The Petrin Lookout Tower is a 60 meter high iron tower, built as part of the Jubilee Exhibition in 1891 as a copy of the Eiffel Tower in Paris. It serves people as a lookout tower with a view along the entire length of the Vltava River flowing through Prague.
Not only for families with children is the very popular and visited Prague Zoo, which is located in the lower part of Prague's Troja. The Prague Zoo was opened in 1931 and today it is a zoo with modern pavilions and exhibitions, which try to keep animals as close as possible to their natural environment, which is also made possible by its rugged terrain. There are several restaurants in the ZOO where it is possible to have a snack.
The main means of transport for the whole of Prague is the metro. There are currently three routes in operation. Route C was the first to be put into operation in 1974.
Directly in the vicinity of Prague there are many interesting places where you can go on a trip with children or a romantic walk for two. 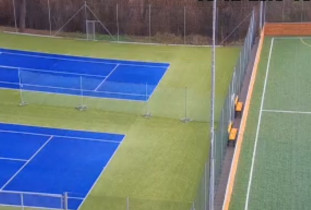 Follow current events and weather conditions in Březiněves with webcam ONLINE. The camera is located on the roof of the Prague-Březiněves Municipal Office and occupies the surroundings at an angle of 360 °. 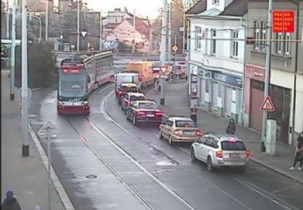 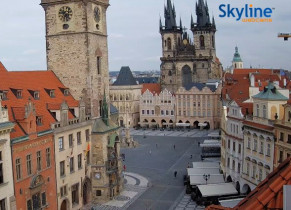 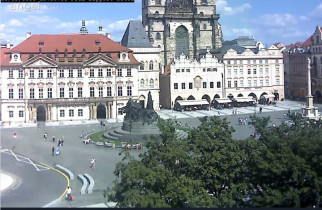 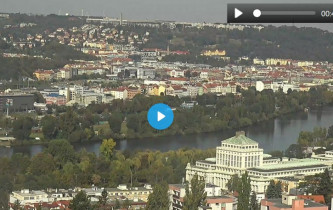 Watch online webcam Prague. Rotating panoramic webcam with a view of the Vltava, Vyšehrad, Prague Castle and the center of Prague from Podolí. 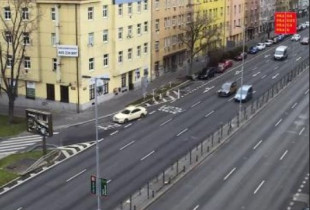 Watch current events and the state of traffic in Prague with the ONLINE webcam. The webcam captures the current traffic situation in 5. května street in Prague. 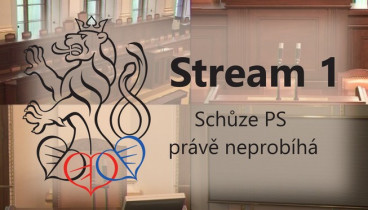 Webcam Prague - a record from the Chamber of Deputies

Webcam captures direct audiovisual transmission from the Chamber of Deputies. 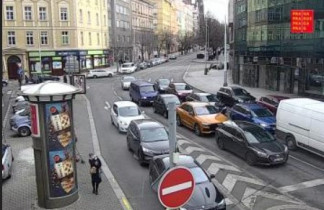 Watch current events and the state of traffic in Prague with the ONLINE webcam. Current webcam shot of the traffic situation in Anglická - Škrétova street, Prague.