Map showing webcams from the Spanish island of Tenerife. Tenerife is the Spanish island, the largest of the seven Canary Islands. It is the most populated island of the archipelago. The capital city is Santa Cruz de Tenerife. The well-known beach is in the south of the island of Los Cristianos, is artificially made of Sahara sand and is called Playa de Las Teresitas.

On the map you will find online cameras with information for example on weather, traffic of street, individual views from cities, landscape .... To return to webcams from other regions, select the link Spanish. 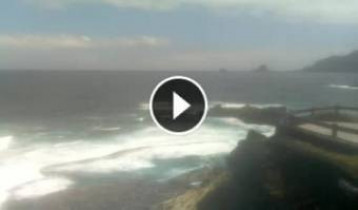 View of a webcam on the coast of La Frontera on the island of El Hierro. Canary Islands, Spain. 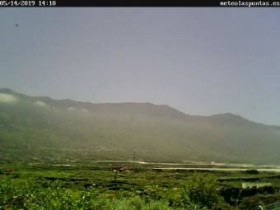 Look at with a webcam online on the city Las Puntas and the surrounding area. Webcam view of Tanganasoga mountain on El Hierro island. Canary Islands, Spain.